This article first appeared in From The Ground Up, Autumn 2016. Wimmera farmer Paul Oxbrow was president of VicNoTill from 2015 for three years, and his system has evolved significantly since this article was published. Paul is still a VicNoTill board member and has evolved his system by reintroducing stock, growing multi-species covers and companion crops. He has a strip and disc system with a strong focus on nutrition. To subscribe to the magazine and follow the journey of farmers such as Paul sign up to be part of our progressive regenerative farming group of ‘farmers helping farmers’ HERE. 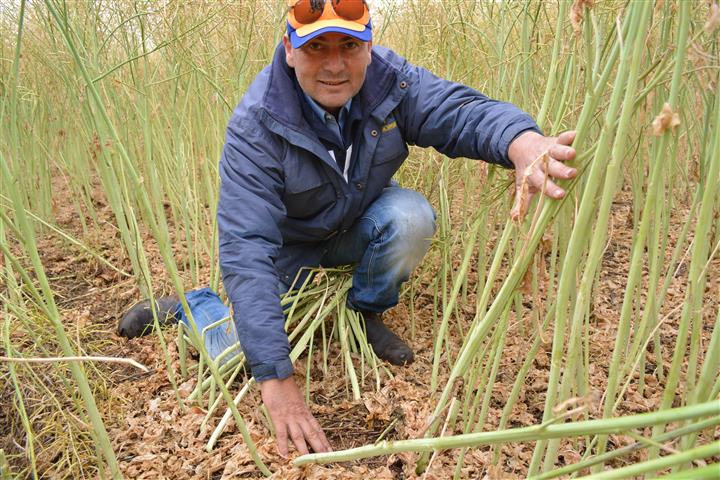 “I wasn’t really in a position to afford one but I didn’t think I could not afford one. It was costing me money doing things the way I have been the last few years. It’s hard to put a specific price on it, and I’m not sure how long it will take for the machine to pay for itself. But in the long-term I cannot afford to keep going the way I’m going.”

Trading in your tyne machine for a disc seeder is a big step in anyone’s book, both financially and psychologically. But for Wimmera grower and Vic No-Till president Paul Oxbrow it was a matter of ‘not being able to afford not to’.

Paul, who farms at Rupanyup South on what he describes as ‘the stickiest soils in Australia’, has been direct drill sowing for the past 20 years with a Janchke air seeder. Seven years ago they moved to a no-till system on controlled traffic, and continued using their tyne.

Paul says as his soil health improved under the no-till system, undulation in his paddocks started to increase. This led to a variation in sowing depth because of the rigidity of the tyne, and negative impacts on yield.

The past two seasons have been particularly tough, with the lowest rainfall on record in 2015 on the tail end of a near record dry year in 2014.

“The last couple of years it really stood out that I needed to go to something where each sowing row is independent with its own seed depth. It was becoming very obvious that we needed consistent depth over the whole paddock.”

Paul says going to a controlled traffic system further highlighted the problems within his current system.

“Because of the CTF where I’m not disturbing soils between the permanent tracks, the soils heal and repair themselves at different rates. Although there might only be a variation of 20mm across four or five metres, with my rigid tyne machine that could mean up to 40mm difference in sowing depth. Some are in too deep and some not at all.”

Last year a friend brought his John Deere disc seeder in and sowed a paddock of lentils for Paul. It was the first time he’d had a disc on the place and was keen to see the differences. However, a 30mm rain event the day after the disc finished sowing meant Paul couldn’t attribute the differences in yield to the disc alone.

There were other barriers to changing to a disc for Paul as well. With such sticky soils, he was concerned about mud sticking and blocking discs. He overcame this barrier by seeing with his own eyes how the NDF disc seeder performed in sticky soils.

“Dale Foster brought his NDF out for a demonstration with a sowing unit on the back of his ute, and we’d just had 6mm of rain. They were conditions you wouldn’t consider working in, even with a tyne. To Dale’s credit he made some adjustments and made the unit not only work but do a good job for the entire length of the paddock and back again.”

Another barrier for Paul was cost and maintenance.

“You’ve definitely got a hell of a lot of moving parts on a disc seeder. But when looking at different models, and asking around the Vic No-Till network, there were members who’d done 40,000 acres with an NDF and haven’t put a spanner on it yet.”

Getting the setup right for different paddock conditions was another consideration holding Paul back.

“My research and talking to others, the NDF works in wet and dry conditions and you can also change from dry to wet. And once you’ve got it working you can sow day and night. That’s a huge plus, to know you can keep going even when the moisture sets in at night.”

But it was a Vic No-Till farm tour to northern Victoria which was the true lightbulb moment for Paul in biting the bullet and purchasing his NDF.

“When you hear the same message often enough you start to think to yourself, they can’t all be wrong. But it was going out to Grant Sim’s place last year and seeing his soil biology and what he’s doing up there that really convinced me. I could see for myself clearly that what I want to achieve with my soils on my farm was being done somewhere else, and I could see that his disc seeder was playing an important role.”

Paul says seeing what others have done with a disc as far, as germination in a very dry start, has shown him the potential for his climate conditions.

Paul is prepared for some teething problems, and says he’s narrowed his row spacings which might not be the best start for the disc. But he hasn’t had a choice because of the consecutive poor seasons and wanting to keep as much cover as possible on his soils.

During harvest he cut his stubble low and ensured an even spread of residue to help transition to the disc. He will start sowing earlier and plans to sow his first paddock in mid April two weeks earlier than he normally starts. He knows this first year will involve some trial and error.

“I ordered the machine exactly how I want it and just have to marry my air cart up to the NDF and the NDF up to my tractor. Through my Vic No-Till connections I have a fantastic support network so will probably spend a fair bit of time on the phone as I go along. Yes, there will be challenges but the benefits will far outweigh these. At the end of the day, it’s another step towards improving my soil biology and my bottom line.” 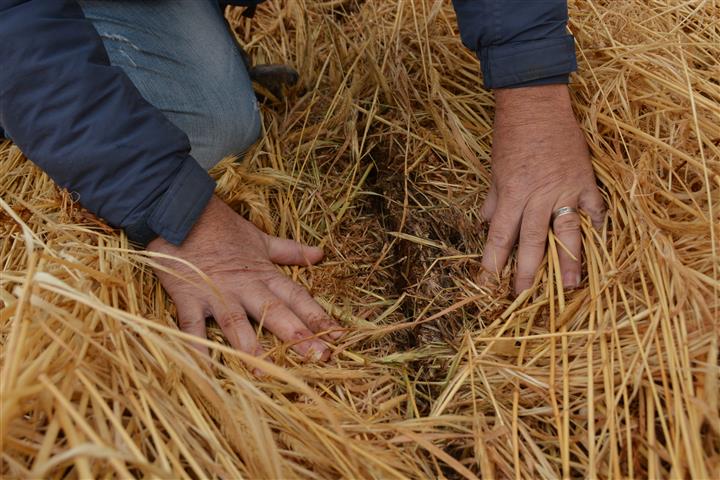