A ripper of a stripper – Victorian growers get excited

As part of a joint stubble retention project, Vic No-Till with the help of Hutcheon and Pearce, demonstrated a Shelbourne Reynolds combine harvester stripper front on no-till CTF farms across Victoria including the Mallee, Northern Victoria and the Western District. The front created great excitement and enthusiasm among growers who could see multiple benefits of incorporating a Shelbourne into their system. Although it might not fit into everyone’s system, it certainly gave growers a lot to think about. Below is a wrap up of the thoughts of four Victorian growers who were part of the tour.

The stripper header was originally conceived by Keith Shelbourne in the mid 1980s as a derivative of the rotary head fitted to the company’s pea harvesters. The first models were put on the market in the UK in 1989. The basic concept of the stripper header is that a rearwards rotating rotor fitted in the front of the header is fitted with 8 rows of stripping fingers that strip grain from the crop as the combine moves the head forwards while it spins backwards. The speed of the rotor can be varied according to crop conditions. After the grain has been stripped by the rotor a series of deflectors within the header deflect the grain back into a conventional auger and pan. This auger then moves the material to the centre where it enters the feeder house of the combine. 85% of the grain is threshed by the header meaning that the material entering the combine is predominantly grain, chaff, leaf and minimal straw. The benefit of this reduced bulk entering the combine is significantly improved capacity and efficiency. Other benefits include improved performance in down, lodged and hailed crops, both in terms of crop recovery and speed as well as improved performance in green, high moisture and weed infested crops. 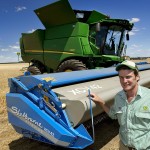 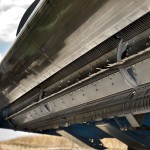 Vic No Till – combine harvester stripper 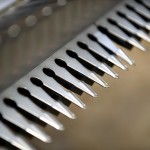 Vic No Till – combine harvester stripper

Ross Watson is one of the earliest adopters of zero-till CTF farming in the Mallee, and says the Shelbourne would be the final piece of the puzzle for a system he has been perfecting since the 1990s.

“If I had the finances I reckon I’d go that way,” Ross says. “I was more impressed than I would’ve thought. The stubble is twice as high as the stubble left by the cutter bar front, it certainly is impressive.”

The demonstration at Ross’s property was on a GRDC CTF monitoring site. He set the demonstration up with a double skip row, going up and back with the Shelbourne then leaving two rows for the standard cutter bar front. He recorded fuel useage, tonne harvested and the work rate with both fronts, then analysed the figures.

“I can see some benefits straight away in efficiencies even though these aren’t going to be as huge as other areas with higher yielding crops. In my one tonne/ha crop there were some gains, but just imagine those efficiencies in a three tonne crop, they would be incredible.

“In terms of the stubble left behind by just taking the heads and leaving the rest behind, instead of having stubble as high as one beer can, we’ve got stubble three times that. I can see benefits in shading and slowing down wind speed.”

Ross says in his system, which uses an NDF disc seeder, sowing into the higher stubble load wouldn’t be an issue. But he says with very few Mallee farmers using discs, the extra stubble could be a challenge.

When Troy and Grant Keating had to pack up the Shelbourne after its demonstration on their Werneth property, Troy tweeted – ‘had to say goodbye today after spending some quality time together’.

After deciding to make some significant changes to their farming system this year (see story page 4) Troy says the Shelbourne has jumped in their list of priorities after impressive results in their crops.

“We didn’t bother doing skip rows or anything to compare, we were that impressed we just kept going. We knew straight away it was a good thing.”
Troy sees the stripper as being able to increase efficiencies, save fuel and help with their slug problem.

“Slugs are our biggest issue right now, and by taking away their habitat by not leaving as much residue on the ground, the stripper could have a really positive effect. It will take a bit of time and trial and error, but I can see it has potential to make a difference and then we can cut back on slug bait.”

He says it will also help with their residue management because they won’t have so much trash on the ground.

“We’re definitely keen to look at it, it was quite impressive with speed, tonne per hour and potential fuel savings. There’s quite a saving just in the fuel side of things. It just seems like it would be a really great tool for us.”

Once Grant had the Shelbourne attached to his header, he didn’t want to give it back. And he’s now rearranged his farming wish list and put the Shelbourne right near the top.

“I don’t know where to start with the benefits I can see in having the Shelbourne in my system,” Grant says. “It just opens up so many more options not only on my place, but for others in the district who could benefit.”

Grant and wife Naomi are sixth generation farmers at Pine Grove, which has an annual average rainfall of 430mm but more often than not, is about half that. Grant’s parents Ken and Wendy saw the benefits of using a no-till, direct drilling system in drier cropping areas in the 1980s, and when Grant returned to the farm in 2000, they sold their sheep, went out of hay production and focussed solely on implementing a zero-till, controlled traffic system.

“The big thing we’re trying to do is build the cover on our soils, and the Shelbourne just left behind so much residue. In the light barley crop the residue left behind was as much as what you’d leave behind on a normal front in a heavy crop. In dry years like this it really shows up where paddocks are left bare.

“The difference between a good harvest or not comes down to the residue. Any tool that can be used to help build residue is a bonus for us.”

He says in his current system the trash is threshed through the header then thrown out the sides as cover, but it breaks down too fast and disappears – leaving soils bare again. The Shelbourne would resolve this problem, leaving his soils with better cover for longer.

“I like to harvest as high as I can, but some years you’ve got to put your front down a bit lower to pick up heads or plants that are laying over. This year I had to drop it down lower than I liked because we had a few hail storms come through. This is the kind of year where the stripper would be ideal, even in a lighter crop.”

Grant says the Shelbourne shined in the heavier irrigated wheat crop, which was going 5-tonne/ha.

“With the knife front we do 35-tonne/hour, but with the Shelbourne we had it going up to 62.5 tonne/hour. That’s just massive, massive. We could’ve got a lot more out of it if we had time to improve the settings on the header, easily we could get close to double. In good growing crops in heavy years, that’s as good as having two headers in the paddock but without the added costs of the second header.”

Grant says the amount of residue in this crop was incredible, amazing. The irrigated crop is on his cousin’s place, who is not running a disc machine, so he says they will probably bale the residue for straw because their tyne won’t be able to sow through it.

“But regardless of whether you’re using a tyne or disc, the Shelbourne still gives you options. You can bale the straw for compost and grow mushrooms in it, or cut and bale for animal bedding straw.”

Grant is also excited about getting through his crops more quickly, potentially shaving weeks off ‘harvest time’.

“Instead of taking six weeks to harvest, it could take four, which might mean the difference between getting finished before rain. It also means you can enjoy time with family by finishing early.”

Grant says he could also go contracting with the front once he’d finished his own harvest, or hire it out to neighbours with the same headers during his harvest. He says it would also be of use to neighbours whose crops were flattened by a storm for example.

“While I’m doing canola with my other front, a neighbour could use it on their difficult or heavy crop. For example, I had a mate with irrigated barley which had pretty much was flat on the ground and it was a real battle for him trying to harvest. That’s where these fronts can be really good.”

Long-time zero-till CTF grower Scott Blurton says although the Shelbourne improved header capacity and reduced the amount of trash left on the ground, he is concerned about the impact the standing stubble will have on establishing a crop.

“I’m a little bit worried about being so far south and having pretty limited sunshine in the winter, how the extra shading will block the sun down there and stop the crop from establishing. Seeding with be fine and the crops will germinate but it’s the lack of sunlight penetrating the canopy in winter that worries me.”

Scott said on the plus side, the Shelbourne could help better manage his cereal stubbles which are a haven for slugs. 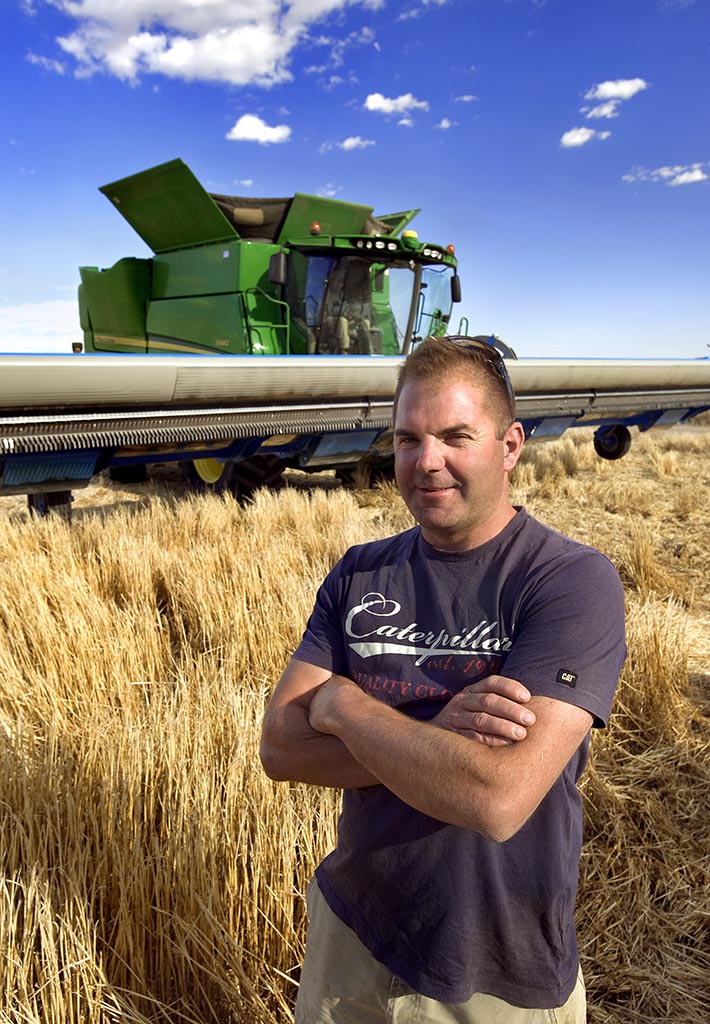